To share your memory on the wall of Norma Mallow, sign in using one of the following options:

She is survived by two daughters:
Jolene E. Mallow, of Everett
Josalynn E. Whysong and husband David, of Schellsburg;

She was preceded in passing away by a sister, Karyl M. Wilt who passed away in 2017. She also wanted to mention the late Scott O. Dalla Valle, someone who helped her with a lot of things, and she called family.

Jeannee had passion, smarts and boundless energy. When she was on a mission, you either had to sign up or step out of the way. She was a fearless champion of the downtrodden. In 1996 she established Your Safe Haven, rescuing countless victims of violent crime and helping them grow strong and whole again. She also established the Center for Community Action to bring the homeless in from the cold. Both organizations were so successful there soon weren’t enough hours in the day to manage both, so Jeannee turned over leadership of the Center for Community Action and focused her full attention on Your Safe Haven, building staff and strengthening programs. She retired in 2017. Jeannee was honored with many awards during her career, including the prestigious Athena in 2000.

She was a beautiful pianist playing songs for church, weddings, funerals, and special events at the baby grand piano and sometimes the organ. When listening to the music she created, you could tell she felt every note she played. She had a love for cooking and holiday family gatherings, she loved her family very much. She would put countless hours into her flower beds and vegetable gardens. Jeannee was truly a unique, kind, gentle soul who was one of God’s angels here on earth.

Due to the ongoing COVID precautions, a celebration of life for the immediate family will be held at the Everett Church of the Brethren, with Pastor Mike Brenner officiating. Arrangements by the Timothy A. Berkebile Funeral Home, in Bedford. In lieu of flowers those wishing may make memorial contributions in Jeannee’s name to: Your Safe Haven at 220 South Thomas Street, Bedford, PA 15522. Our online guestbook is available at www.berkebilefuneralhome.com.
Read Less

Provide comfort for the family with a meaningful gesture of sympathy.

Show you care by sending Flowers

Donations are being accepted for: YOUR SAFE HAVEN INC.

We encourage you to share your most beloved memories of Norma here, so that the family and other loved ones can always see it. You can upload cherished photographs, or share your favorite stories, and can even comment on those shared by others.

I'm sorry to hear of the passing of your mom. My sincerest condolences and prayers for you and your family. I remember how nice your mom was back when we were neighbors, growing up as kids. 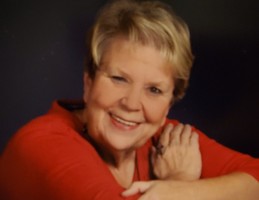